Zurich/Bern, 27 August 2014 – In times of change, the Swiss medical technology firms have largely done their homework and expect an average growth rate of 9.7% for this year and next. However, in view of the international pricing and competitive pressure as well as the growing regulations and the scarcity of resources, above all SMEs are called upon to operate more outside their niches in order to continue to assert themselves in the globalised and consolidated environment. This is shown, for example, by the Swiss Medical Technology Industry Report (SMTI) 2014, which was compiled by Medical Cluster in collaboration with Patrick Dümmler and Beatus Hofrichter of ConCep+ and is based on an extensive survey of 341 medtech firms. 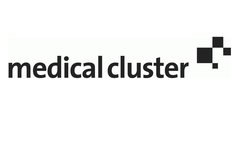 Switzerland occupies a top position worldwide as an attractive location for medical technology with a view to its density and economic importance. With 52,000 full-time positions, the country has the biggest proportion of all medtech employees in Europe. With approximately 1,450 manufacturers, suppliers, dealers and service providers, the most companies per head are located here. With a proportion of 1.1% of all those gainfully employed, 2.3% of GDP and 5.2% of all of Switzerland’s exports, the medtech industry here even tops that of the EU and the USA (cf. Facts & figures).

Sales doubled in eight years
In the last eight years, the world’s top 90 listed medtech companies have almost doubled sales from USD 180 billion to USD 348 billion. Since 2012, the eight Swiss medical technology firms listed on the Swiss Stock Exchange have raised their performance – measured on such factors as net sales, expenses for research and development (R&D) and workforce – constantly and have been above the SMI since last summer. According to the fifth edition of the SMTI-Report, published by Medical Cluster in collaboration with co-authors Patrick Dümmler and Beatus Hofrichter of ConCep+, the Swiss medtech firms expect their sales to grow by an average of 9.7% in 2014 and 2015 (after approximately 6% in 2012 and 2013). Large companies with sales of more than half a billion estimate growth at only 4.4%; in contrast, small companies with sales of less than CHF 1 million estimate growth of 15.7%.

Efficiency improved, euro crisis overcome
In times of change, the Swiss medtech firms have largely done their homework and improved their operational excellence. According to the authors of the study, they are well positioned for the next burst of growth.

A third of the firms overcame the euro crisis with the help of the SNB’s monetary policy. However, the international exchange rate problems remain, which curtails the competitiveness of the Swiss medical technology firms in the affected countries such as the USA. For this reason, investments are also being made in countries with more advantageous rates.

Small firms lack critical mass
However, according to 85% of survey participants pricing pressure and regulations are the two core challenges that will intensify further in an increasingly globalised and consolidated environment. According to the study, many companies, above all SMEs, do not have the critical mass in order to meet these challenges adequately. Mainly manufacturers with annual sales of between CHF 10 million and CHF 50 million are having difficulty traversing the valley of challenges. They must become creative in order to operate more successfully outside their niche position. In contrast to the large companies, they are finding it increasingly difficult to gain direct access to international markets, i.e. they lack the necessary resources for this. “They must try to find intelligent approaches and develop new business models with the existing skills,” advise the authors of the study.

Specialists and young talent sought
However, according to the authors it is very difficult to generate growth with the available resources. (For instance, according to the study the average growth in employment has slowed down from 10% to 0.3% since 2009.) Above all SMEs could not afford to be too sparing when it came to their efforts towards efficiency. The authors fear that many companies have pursued the timely recruitment of specialists (including in the regulatory and marketing field) too passively and that there could be bottlenecks here after the adoption of the mass immigration initiative. Therefore, the main focus is on improving legal & compliance skills, engineering skills and IT skills. More mature companies in particular want to invest more in the development of their staff as well as in the promotion of talent and young talent in future.

Radicalising and accelerating innovations
In 2013, the Swiss medical technology firms invested up to 17% of their revenues in R&D. More than 80% of manufacturers spend half of them on radical innovations. 44% of the product portfolios are less than five years old; in 2012 it was 59%. In future, one of the top priorities for companies will be to increase product innovation and to regenerate their portfolio. Here, the internal generation of ideas is of utmost importance. One challenge is to accelerate innovation cycles. Due to the rising requirements with regard to clinical and technical documentation, product accreditations are taking increasingly longer to be issued.

Large manufacturers cover process chains
Due to the consolidation of companies and the increase of purchasing organisations, traditional business models are coming under pressure. While previously a manufacturer sold its products directly to hospitals, today purchasing companies and to an increasing degree large companies intermediate as direct suppliers.

Thus, manufacturers with extensive, innovative services and holistically integrated health services are already dominating their chosen market today. In some key therapeutic areas of application, large firms are attempting to cover the entire process chain with targeted acquisitions and by buying up product portfolios. Therefore, visionary companies are increasingly moving on to developing treatment solutions as the “owner of disease” or “owner of provider centre”. In the area of chronic diseases, there is an increasing change from the traditional product and service provider to the therapy provider.

Partnerships and product licences
In order to acquire market shares, 20% of the firms are planning collaborations and joint ventures with suppliers, distributors and buyers. Partnerships and acquisitions along the value chain are in demand. Firms with high growth expectations are concentrating on developing new services, fundamentally regenerating their portfolio and occupying niches. In addition to the insourcing of productive capacities, the acquisition of product licences – similarly to in the pharmaceuticals and biotech industry – is emerging as a new trend in medical technology.

More than 70% of manufacturers fear competition from non-premium products and tier 2 offerings for the medium customer segment from the emerging markets. (For instance, leading Swiss medical technology firms estimate that they are still five to ten years ahead of Chinese companies in terms of innovation.) Therefore, it is necessary to conquer customer segments and markets with existing and new brands, for instance in the framework of multi-brand strategies.

Strengthening local production
76% of Swiss medical technology firms (5% more than in 2012) are planning “strategic” investments in the next two years as well, approximately 70% thereof in production and R&D. Marketing & sales are growing in importance as a third area. The focus is increasingly on the home market, with spending in Switzerland to increase by 10%.

China – an important market
More than half of the survey participants intend to invest in marketing and sales activities abroad in the next two years – mainly in order to achieve greater customer proximity there. Mid-sized companies in particular are focusing on developing additional production sites outside Switzerland. With almost 60%, Germany is a favoured investment market, followed by the USA/Canada. China is in third place for the first time. Besides Switzerland, survey participants continue to see the biggest growth potential in Germany, the USA, China and France. In contrast, Russia, Brazil and India have lost attractiveness, mainly as a consequence of increased entry obstacles and inflation.

Strong Swiss medtech eco-system
According to the current report, the medtech industry continues to benefit from Switzerland’s traditional strengths as a location. These include premium technologies, high quality, a wide basis of knowledge and innovation, first-class universities and research institutions as well as political and economic stability. In the process, a relatively large number of long term-orientated family enterprises and SMEs take advantage of a strong network of partners in geographical proximity (and share the same business culture). Here, regional micro-clusters of companies and institutions have historically grown from the clock, machine and pharmaceuticals industries. All these location advantages have led to the entire value chain of Swiss medical technology being able to be covered in its own eco-system.

Counteracting the lack of specialists
In order to strengthen Switzerland as a location and the international competitiveness of the Swiss medtech firms, the authors of the study suggest such measures as developing and expanding joint expert platforms and pools as well as expanding the education and training on offer at universities. In order to counteract the current lack of specialists, it is also necessary to improve the licensing of foreign specialists. The authors further recommend the preservation of a Swiss “medtech” export platform and the inclusion of medical technology in free trade negotiations.