Norwell, MA, January 30, 2014 – Hocoma USA is pleased to announce the appointment of Frank Menzler as the new Executive Vice President and General Manager USA. The accomplished executive and entrepreneur with strong US and international experience spanning more than 15 years has started successfully to lead the US office.

He has been extensively involved in the medical industry through his various assignments in companies such as Guidant (later acquired by Boston Scientific) and HepaLife Technologies. Frank also co-founded Impella Cardiotechnik (Germany), a medtech startup venture, that was later acquired by US-based ABIOMED. Most recently, he served as Senior Director at Fraunhofer USA where he was working to identify new life science technology applications for the US market.

“I am excited to continue building Hocoma’s reputation and leadership in robotic rehabilitation technologies and services. With its outstanding people and solutions Hocoma is uniquely positioned to work with providers, payers and patients to shape the future of rehabilitation,“ comments Frank Menzler on the new challenge.

“Frank’s vast experience in building successful medical device organizations will be extremely valuable for Hocoma’s continued growth. We look forward to working with Frank and expanding our reach in the U.S. with new products, services and a dedicated team,” says Dr. Gery Colombo, CEO of Hocoma’s global headquarters near Zurich, Switzerland. 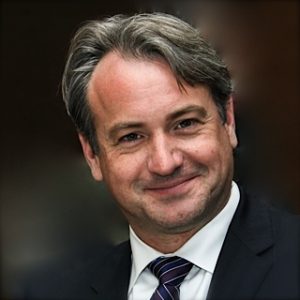 Hocoma was set up in 2000, as a spin-off of the Swiss University Hospital Balgrist. The company currently employs more than 150 people at its headquarters near Zurich, Switzerland and at its subsidiaries in the US, Singapore and Slovenia. Hocoma develops and produces therapy solutions for neurological patients with movement disorders caused by stroke, spinal cord injury, traumatic brain injury, multiple sclerosis, cerebral palsy or other neurological diseases and injuries as well as for low back pain patients. The product range features devices for intensive locomotion therapy (Lokomat®), functional therapy of the upper extremities (Armeo®), early rehabilitation and patient mobilization (Erigo®) as well as functional movement therapy within low back pain treatment (Valedo®). Hocoma’s products are applied successfully in clinics and research institutes worldwide. This medical technology company has received many awards and was honored with the “Red Herring 100 Global Award” in January 2010, as one of the hundred most innovative companies worldwide. Hocoma generated a turnover of more than 30 million CHF in 2012. Dr. Gery Colombo is the CEO of Hocoma AG.