In a recent study on “Electromechanical-assisted training for walking after stroke“, Jan Mehrholz and his fellow researchers found significant evidence that stroke patients who received robot assisted gait training in combination with physiotherapy are more likely to achieve independent walking than patients that receive only conventional gait training.

Currently, the stroke incidence in the US and Europe alone adds up to more than one million stroke patients per year suffering from difficulties with independent walking as well as cognitive and emotional functioning. Three months after a stroke, 20% are still wheelchair-bound and around 70% walk at reduced velocity and capacity. The question if robot assisted gait training in combination with conventional therapy has advantages over conventional therapy alone was constantly raised in the past years. It remained up for debate until now, as a number of randomized controlled trials on this topic often showed different results depending on patient population and study design.

In the new Cochrane Review, an update of a review that was first published in 2007, Jan Mehrholz and his group conducted a meta-analysis – the highest level of clinical evidence that can be reached. On the basis of strict quality assessments they included 23 randomized controlled trials comparing electromechanical and robotic assisted gait training versus normal care. The trials included 999 stroke patients of any kind and severity. Thirteen of these studies used the gait orthosis Lokomat, by the Swiss medical technology company Hocoma. Compared to previous studies that often investigated gait speed or endurance as the primary outcome measurement, Mehrholz et al. focused on the proportion of patients who were able to walk independently after the intervention and at follow up.

With regard to Mehrholz and colleagues, the results show that every fifth dependency in walking ability after stroke might be avoidable if electromechanical assisted devices were used. With an increasing number of stroke patients worldwide, these results illustrate that a large number of patients could continue an independent life after stroke if they received support by robotic gait training. Independent walking is seen as one of the main goals of rehabilitation as it has the greatest impact on patients, their environment as well as socioeconomic costs.

However, further research and information on the most efficient frequency or duration of gait training as well as the successful integration into clinical routine is certainly needed and will stay in the focus of scientists and doctors in the next few years. 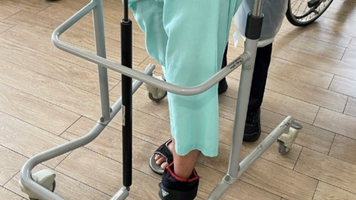 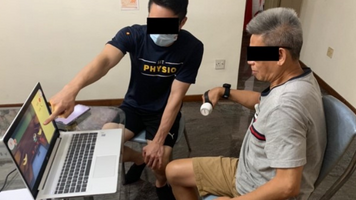 Evaluation of User Acceptance and Feasibility of Rehab Technology