ROBOTS SHOULD HELP PEOPLE, NOT REPLACE THEM.

Volketswil, 27 January 2016 – “Swiss companies in the spirit of the robot revolution” was written in 20 Minuten, a major Swiss newspaper on January 21st, 2016. Hocoma is one of the Swiss innovation companies that has already heralded the Robot Revolution with their effective, robotic therapy devices — the future of neuro-rehabilitation. 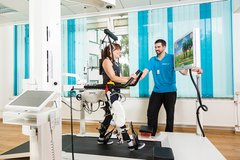 “The future is in our hands,” said Sarah Connor in 1992, when she was fighting to prevent the robots from taking over the world in the blockbuster “Terminator 2”. The film industry has heavily influenced, with different movies, including “I Robot,” the creation of the idea that sooner or later robots would replace humans.

Robots should help people, not replace them
Robots were at the center of attention at this year’s World Economic Forum in Davos, as well. “Industry 4.0” is the buzzword being heard everywhere, and robots that could serve coffee, sell stuff or read visitors’ minds were on display.

The future of the world economy is clearly visible in Davos, and Sheryl Sandberg of Facebook, Jamie Dimon of JPMorgan Chase and Jack Ma of Alibaba shared the spotlight with a robot called HUBO. The award-winning, human-size robot from South Korea can climb stairs and get in and out of a car.

Robotic training devices that literally help the disabled get back on their feet
Hocoma’s key to success is intensity — high repetition rates combined with motivational real-time feedback.

Robotic orthoses never get tired of repeating physiologically correct movements, and this supports the patient to relearn the corresponding motion sequences.

But unlike the robotic coffee sellers, Hocoma’s devices do not replace people, as shown in the case of 3-year-old Desmond at the Beaumont Hospital, USA.

“We are the solution to the growing costs in rehabilitation. Not only do we help patients get back on their feet or keep them out of nursing homes, but we also disburden the cost-bearers. Not by replacing the therapists, however, but by enabling them to provide patients highly effective therapy. A therapist can treat more patients at the same time and train them more intensively thanks to our machines. This is a huge market of the future, especially for outpatient rehabilitation facilities as inpatient stays are getting shorter,” states Gery Colombo, CEO and co-founder of Hocoma.

Hocoma is already a Swiss forerunner
“Switzerland has all the prerequisites to become a forerunner in the implementation of breakthrough technologies and machine networking,” to quote the words of Markus Koch from Deloitte Consulting.

Mike Fuhrmann, CCO at Hocoma, is very critical of the news reporting on this issue.

“We have been already there for years, but the rehabilitation market is simply not given enough publicity. Why are the leading Swiss companies in the robotics field not invited to discuss such topics? It is unfortunate to see that such an important convention focuses only on entertainment robots instead on robotic innovations that are truly relevant to our lives,” says Fuhrmann.

“Why is a robot that can sell coffee, sexier to the World Economic Forum than a robot that can make patients with spinal cord injury walk again? Or drastically reduce the cost of rehabilitation, where the goal is not patients’ care, but regaining quality of life and integration? We live in a world where the number of stroke patients by the aging population, as well as the number of people leading an unhealthy lifestyle, are dramatically increasing, where hospital stays and treatments are becoming shorter.”

This is exactly what Hocoma has been working toward for the last 15 years: influencing the future of modern rehabilitation with their product solutions. Would it not be reasonable to include these technologies in the context of the World Economic Congresses as well, so decision-makers at the political level could see what could be done to sustainably change the future of mankind?

"Untreatable is not the option" Example from the Ambulanticum in Herdecke shows that sometimes even patients given a certificate with an official opinion that a "significant improvement in the performance is not possible for the foreseeable future" can learn to walk again.

"Lokomat helps a kid learn to walk again" Little Desmond, 3 years old, from the United States, learns to walk only three months after the removal of a spine tumor through the treatment on the gait therapy robot Lokomat. 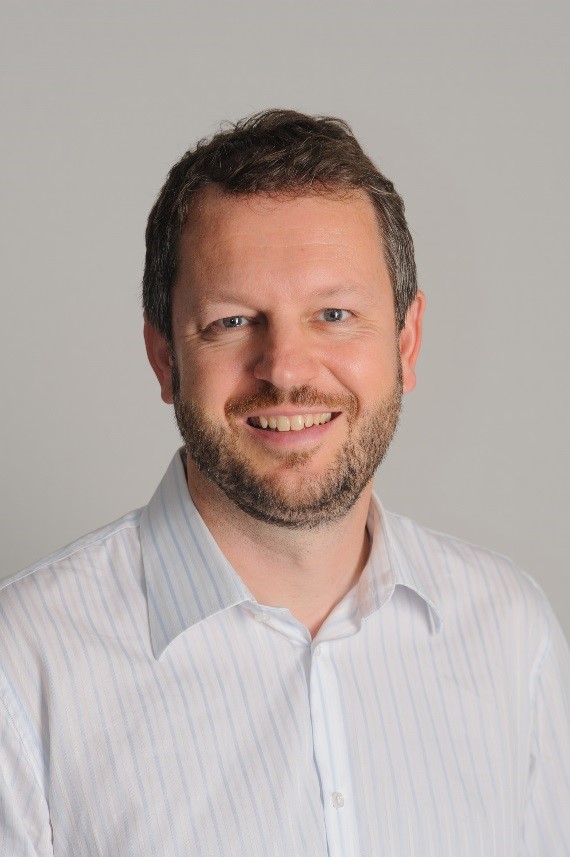