Together Toward a Brighter Future

Several patients who were labeled as “untreatable” were given new hope during a neurorehabilitation therapy campaign led by Poliklinika Glavić. The campaign gave these patients the opportunity to train on the ArmeoSpring — free of charge. The patients who took part saw marked improvements in the use of their arms and hands, being able to do things they weren’t able to before the campaign. A local Dubrovnik newspaper Dubrovački list even described Tea and Daniel who received this treatment as medical miracles.

Following the success of the campaign, Poliklinika Glavić and Hocoma have joined forces again. Now, our flagship product, the LokomatPro, will help ten underprivileged patients from Croatia, Bosnia and Herzegovina, Montenegro and Serbia learn to walk again with a 10-12 week period of free neurorehabilitation therapy.
When asked during an interview if these campaigns were financially viable, the head of the clinic, Dr. Josip Glavić, unsurprisingly answered, “I don’t care. I do many things people can’t understand. I bought the Armeo because, after seeing the results, I told myself that as a neurologist I can’t afford not to have it.” He added, “I’ll find a way to obtain the Lokomat and help people learn to walk again. Why shouldn’t we be the best neurorehabilitation center in this part of Europe?”
Poliklinika Glavić kindly invites the public to spread this amazing initiative to the people who need this therapy.

Mitja Hribar, General Manager of Hocoma Slovenia, is very pleased with the courage that Poliklinika Glavić shows. “Mr. Glavić has proven again that we share the same visionary mission — to make the world a beautiful place for everyone by helping patients regain their quality of life with technology that is available already today!” 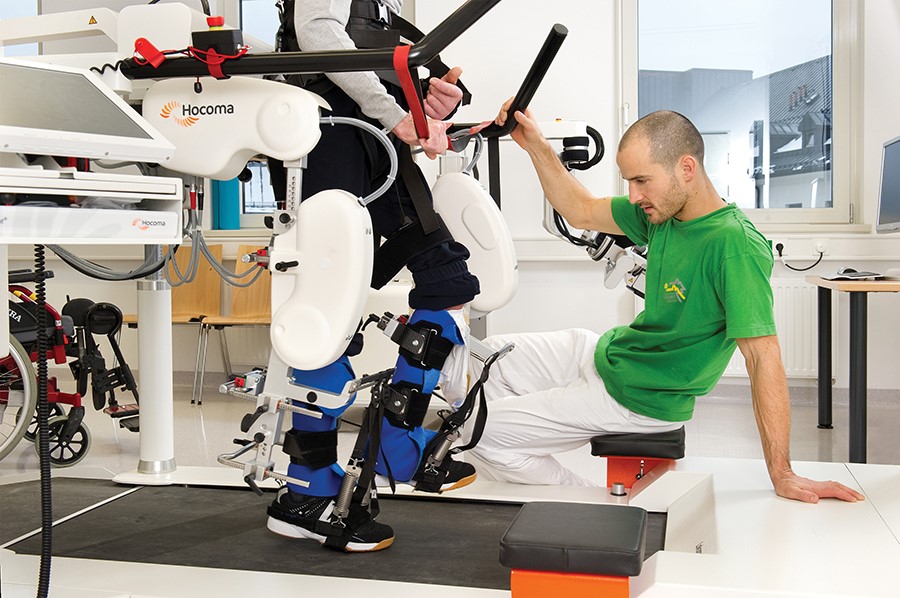 How to save millions by investing in robotic rehabilitation: the Bonino-Pulejo story